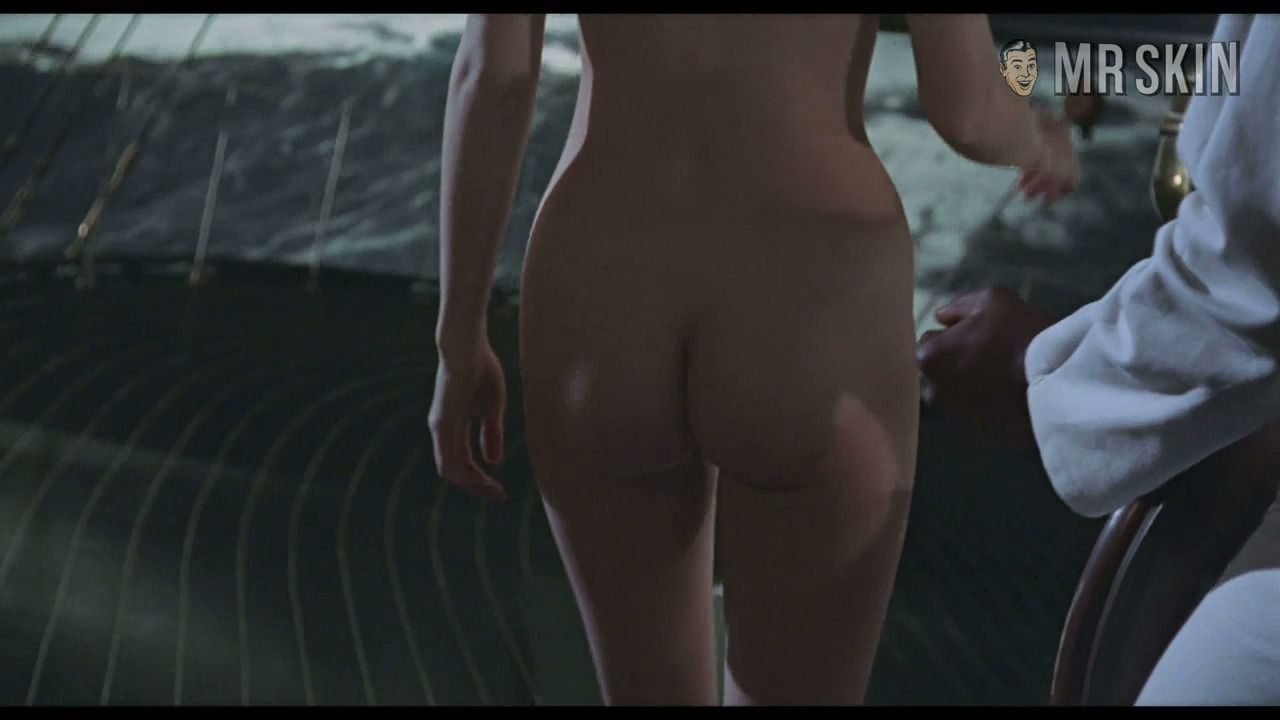 Rosemary's Baby (1968)
Nude, breasts, butt, body double 00:45:16 More of the boat-deck dream sequence, punctuated by a sweet yet anonymous ass shot. Ten. Boobosity as Mia gets mounted by Satan himself!

Roman Polanski's Rosemary's Baby (1968) proves even the Devil gets off every now and then. When Mia Farrow moves into a Gothic New York City apartment building, with neighbors literally from hell, she becomes paranoid that everyone is out to get her. In reality, her husband, the Chairman of the Board himself, Frank Sinatra, threatened to divorce her if she didn't leave Polanski's movie and appear in his. Maybe what made his Old Blue Eyes pop out of his head were all the nude scenes that Mia gladly participated in, from an early shot of her tush to some nude cavorting on a boat during a dream sequence. In the film, Mia is drugged, drawn on and mounted by none other than Satan himself, as the locals crowd around and look on. Hey, who can blame the big red guy? If anyone has an excuse for being overly horny. . . .