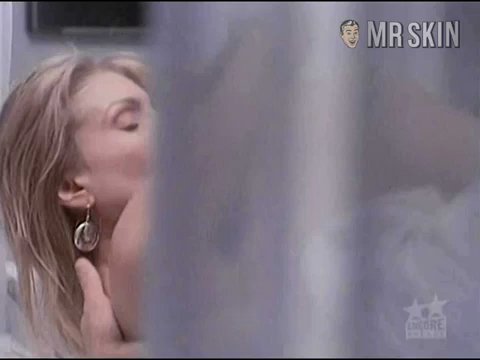 Leave it to the cinema of Canada to produce a vampire thriller picture and turn it into an indictment of evil American corporate culture. While never overtly coming out against globalization and multinational capitalism, Red Blooded American Girl (1990) does paint a creepy picture of scientific-research think tanks. The indomitable, ghoulish Christopher Plummer, who by this point in his career must sleep with his fangs in, plays the lead scientist of the well-funded and aggressive Life Reach Foundation. Not to give away the obvious, but Plummer is a vampire, and his company is dedicated to more efficiently sucking the blood from the free world. Will the brilliant chemist Owen Augustus Urban III save civilization, or will the whole thing end in a bloody mess?