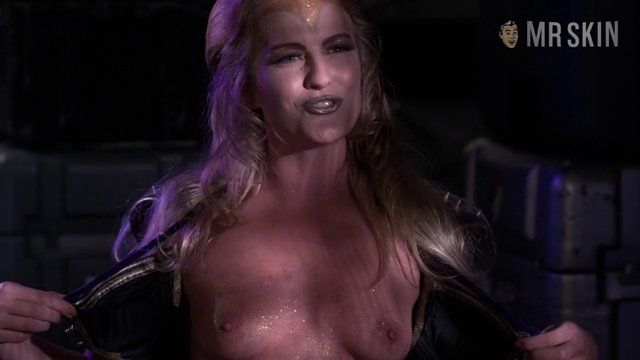 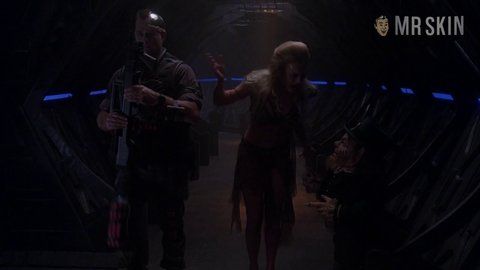 Rebekah Carlton-Luff was discovered when she was just a precocious schoolgirl during the shooting of a Coke commercial at her Sydney, Australia, school. It was obvious even at a young age that she was the real thing. But it wasn't until she moved to the United States that Hollywood really popped for her effervescent talents. The boob tube called, and Rebekah answered with a recurring role on the jiggle fest Baywatch. Catching Rebekah in a skimpy bathing suit was all casting agents needed to land her guest appearances on Acapulco H.E.A.T., Charmed, and Beverly Hills, 90210. Her first film venture was Wet and Wild Summer (1992), but she was neither wet nor wild. That would come later, with her role as the Queen of the Damned in Leprechaun 4: In Space (1996), where she lets her glittery boobs out for an alien version of the kiss of death. Watching Rebekah's cups is far from a bitter drink to swallow.