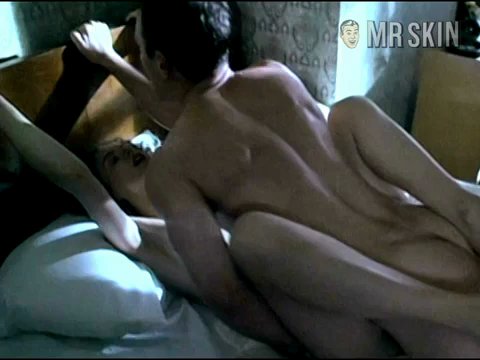 Paris, France (1993)
Nude, butt 00:12:00 See every single special part on Leslie's lovely form when she gets plonked in and out of bed by some lucky jerk. Beware the man-ass, though.

Writers, like women, tend to be preoccupied with sex in all its complexities and varieties. Naturally when an author happens to concurrently be a female, and also the star character in an edgy, arty exploration of libido and intellect such as the scorching Canadian erotic drama Paris, France (1993), her themes obsess upon the physicality of human interrelations. The simmering and saucy scribe who spends her fantasy time in an imaginary Paris, France is the real-life confidante of four male friends who indulge in progressive degrees of hetero, bi, and homo dabbling. The revelations of these boy pals fuel the word-mistress’s fevered scribbling and prurient musing, engaging both the hards and minds of viewers at home.