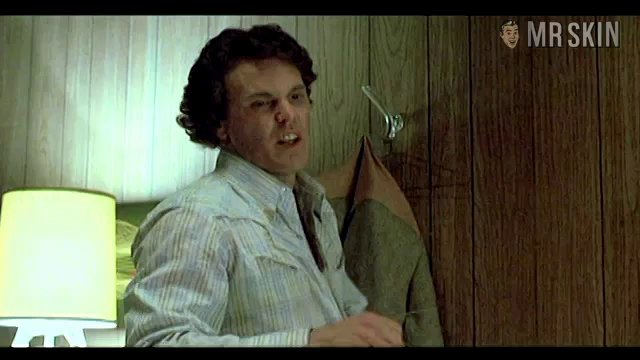 Watching MTV has always been a frustrating endeavor for the skinthusiast. On the one hand, from the network’s inception, the vast majority of all videos shown have featured top-shelf nymphettes, move-bustin’ front- and back-stacked soul sistahs, and big-haired rocker chicks in skimpy wisps of spandex. On the other hand, the views of these epidermal delights are chop edited so that at about the time a person is able to focus on an orbicular display of boob or booty, David Lee Roth’s face smashes into view. The only people in the early days of MTV who could actually be stared at long enough to make a skinpression were the few female veejays. And they were always fully dressed--except shag-blonde rock broad Nina Blackwood. As a doomed prostitute in Vice Squad (1982), Nina’s knockers almost rock out of her lingerie as she sits cross-legged on a bed and uses her big, sexy mouth to service a telephone.