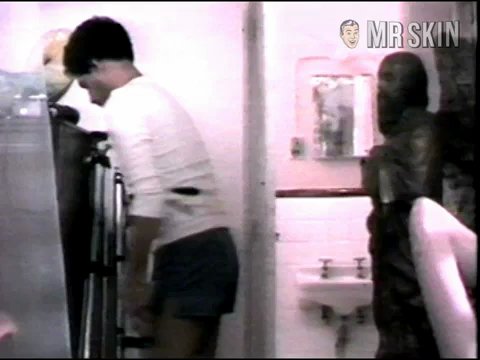 El deseo y la pasion (1977)
Nude, breasts, butt 00:41:00 A flash of right hooter and a nice, lingering look at Merecedes's ass as she walks from the bedroom to the bathroom. ¡Mucho Mercedes, man! 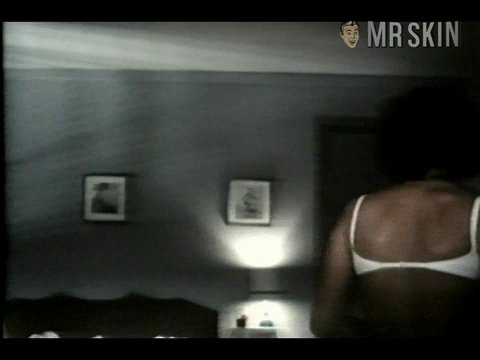 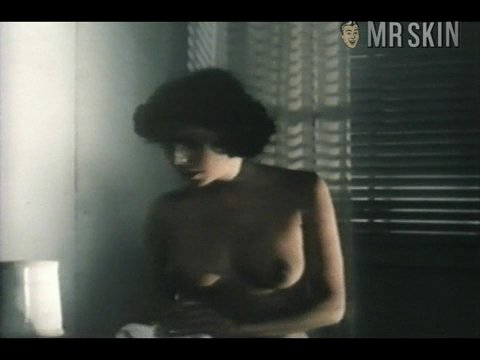 La vida cambia (1975) Nude, breasts, butt, bush 01:37:00 Brief full frontal standing nude in the room then side ass and brief bush walking to the bed with no panties on. 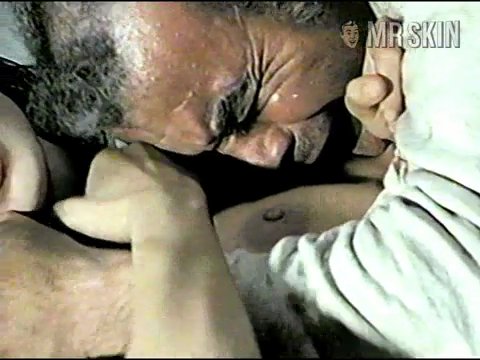 Mercedes Carreño isn’t your prototypical actress. After a fairly obscure debut in 1963’s El Barón Brakola, Meche took her career into her own hands and wrote a couple of starring roles for herself. The resulting movies, 1966’s Damiana y los hombres and 1968’s No hay cruces en el mar shot her to the top of the proverbial heap in native Mexico’s Cinematic Scene and a star was born. Unfortunately, in spite of her unquestionable talent as a screenwriter/producer, Meche’s career slowed down quite a bit by the end of the 1970s. However, she made the effort to shed her threads on screen before then, so all is not lost…. In 1974’s La Choca, Meche bared boobs, bush and her incredibly bootylicious buns much to our collective delight here at Skin Central. (Can we get an “Ole”?) After her role in 1977’s La Mujer perfecta, Meche took an extendo-break from acting, only to resurface in 1989’s Las sirvientas ardientes. She hasn’t done much in the way of screen acting since then, although we’re still waiting for yet another triumphant comeback… Kind of like The Rolling Stones but a Mexican Sex Symbol version instead of a British rock band… guess which one we prefer… right!

1 Pic & 1 Clip
Nude, breasts, butt 00:41:00 A flash of right hooter and a nice, lingering look at Merecedes's ass as she walks from the bedroom to the bathroom. ¡Mucho Mercedes, man!

2 Clips
Nude, breasts, butt, bush 01:37:00 Brief full frontal standing nude in the room then side ass and brief bush walking to the bed with no panties on.
Nude, butt 00:39:00 Brief ass sitting down on the bed

8 Clips
Nude, breasts 00:34:00 Check out the mirror behind Creepy, and you'll be rewarded with a look at coy Carreño's casabas.
Nude, breasts 00:48:00 She peels off her wet clothes to show some adorable A-cuppage in front of--you guessed it--her hunchbacked honey.
Nude, breasts, butt 01:22:00 A surreal, Luis Bunuel-like finale of tits n' ass and Mercedes and her monkeyman embrace and twirl. I love a happy ending!
Nude, breasts 00:11:00 Some creepster gropes Mercedes's pale-nippled nuggets in bed. Luckily, she's able to fight him off before he does permanent damage.
Nude, butt 00:18:00 Creepy McGee grabs her arm and roughly jerks her out of bed. You'll be jerking something else when you get a look at that cute little Latin ass!
Nude, breasts 00:47:00 Mercedes needs to cut off her luxurious locks, because we can only see peeps of nippage through it as she primps in front of her gross guy..
Nude, breasts 01:04:00 More maracas! More groping! You think she wouldn't learned by now . . . guavas + geezer = gropeage.
Nude, butt 01:11:00 She gets up nude from the bed, presenting us with a view of that sweet, sweet seat meat.