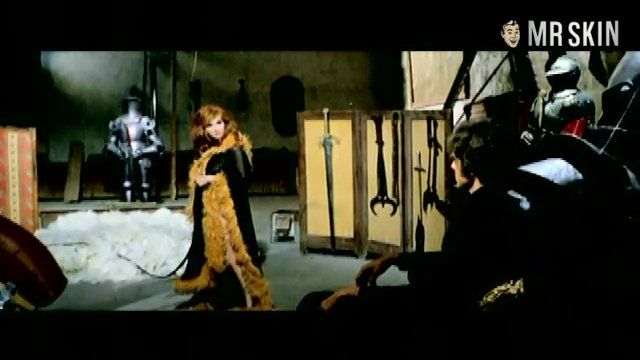 The Night Evelyn Came Out of the Grave (1971)
Nude, breasts 00:07:00 She cheerfully tries on different outfits, jiggling her truly incredible melons and following her fella from room to creepy room.

Maria Teresa Tofano debuted in the Italian horror classic La notte che Evelyn uscì dalla tomba, better known to English-speakers as The Night Evelyn Came Out of the Grave (1971). It’s the classic tale of wealthy pervert lures beautiful young women to his castle so he can have their way with them. One of them is Maria, who plays Polly, and you’ll want to crack her. You’ll come out of your pants when she goes topless, and she’s got so much top it’s more like she’s top-more. She later appeared in one other production, another horror flick, this one called Revenge of the Dead (1983), but nothing can match her nude debut.