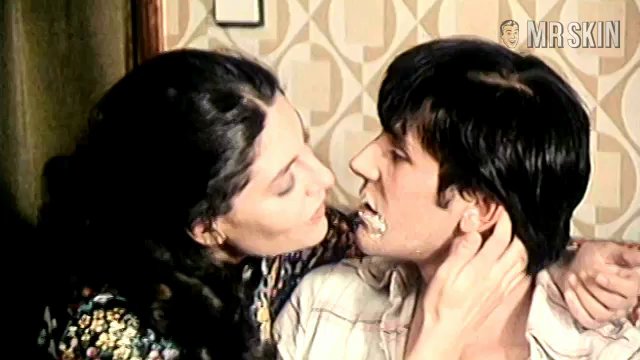 Los Placeres Ocultos (1976) has a historic place in the foreign film canon. It was the first openly gay film to emerge from Spain following the death of its dictator, Francisco Franco. It’s sort of a modern take on Thomas Mann’s Death in Venice, about a closeted banker who falls for a poor heterosexual boy. What makes this interesting is that the boy doesn’t exactly deny his lover but brings his girlfriend into the equation for a kinky mix. There are actually two nude actresses in the flick, Charo López and Beatriz Rossat, though Charo uses a body double for her three-B perv-formance. Not Beatriz, though. That’s her T&A in three skin scenes. If that doesn’t make you straight then nothing will.