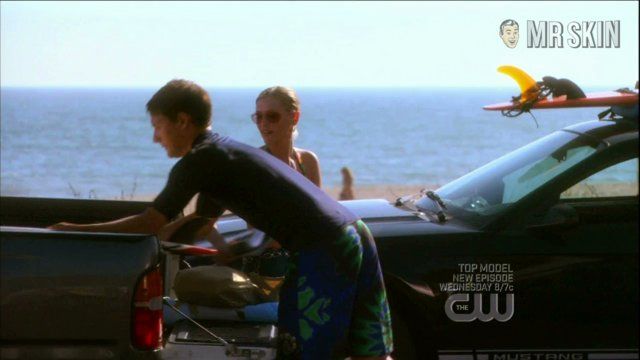 Blonde babe Kristina Louise Apgar made her acting debut in a 2004 episode of the long-running daytime soap As the World Turns. That same year Kristina also appeared in two episodes of the hit FX series Rescue Me. Since then Kristina has appeared regularly on Terminator: The Sarah Connor Chronicles and Privileged, where she showed off her rackage in a bikini top. Unfortunately Kristina has yet to show any T&A, causing Mr. Skin to implore, “Get nude soon!”