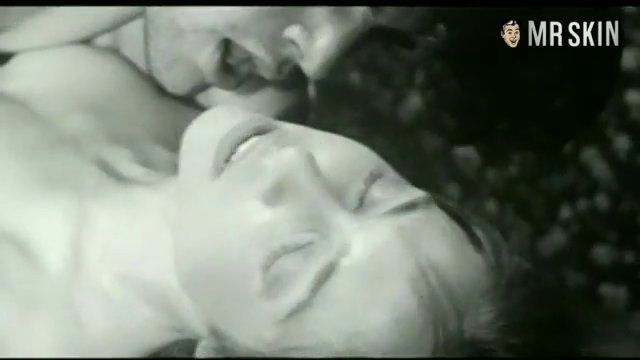 Kisses in the Dark (1994)
Nude, breasts 00:01:00 Corinne receives a hearty boffing via Dana Ashbrook, and both of her beautiful breasts pop out of the top of her dress.

The Coriolis Effect, Louis Venosta’s contribution to the Kisses in the Dark (1994) video anthology, packs an unusual amount of style and sexiness into its compact thirty-three-minute running time. Shot in arty black and white and featuring a voice cameo from Quentin Tarantino, the smoldering short sets out to show “how love can make people a little crazy.” Dana Ashbrook stars as Ray, the protagonist who balances on sanity’s brink because he’s so hopelessly smitten with the sensuous Suzy (Corinne Bohrer). Is it any wonder? Bohrer boasts breasts worth going ga-ga over, and she’s not shy about releasing them from her dress at a moment’s notice.