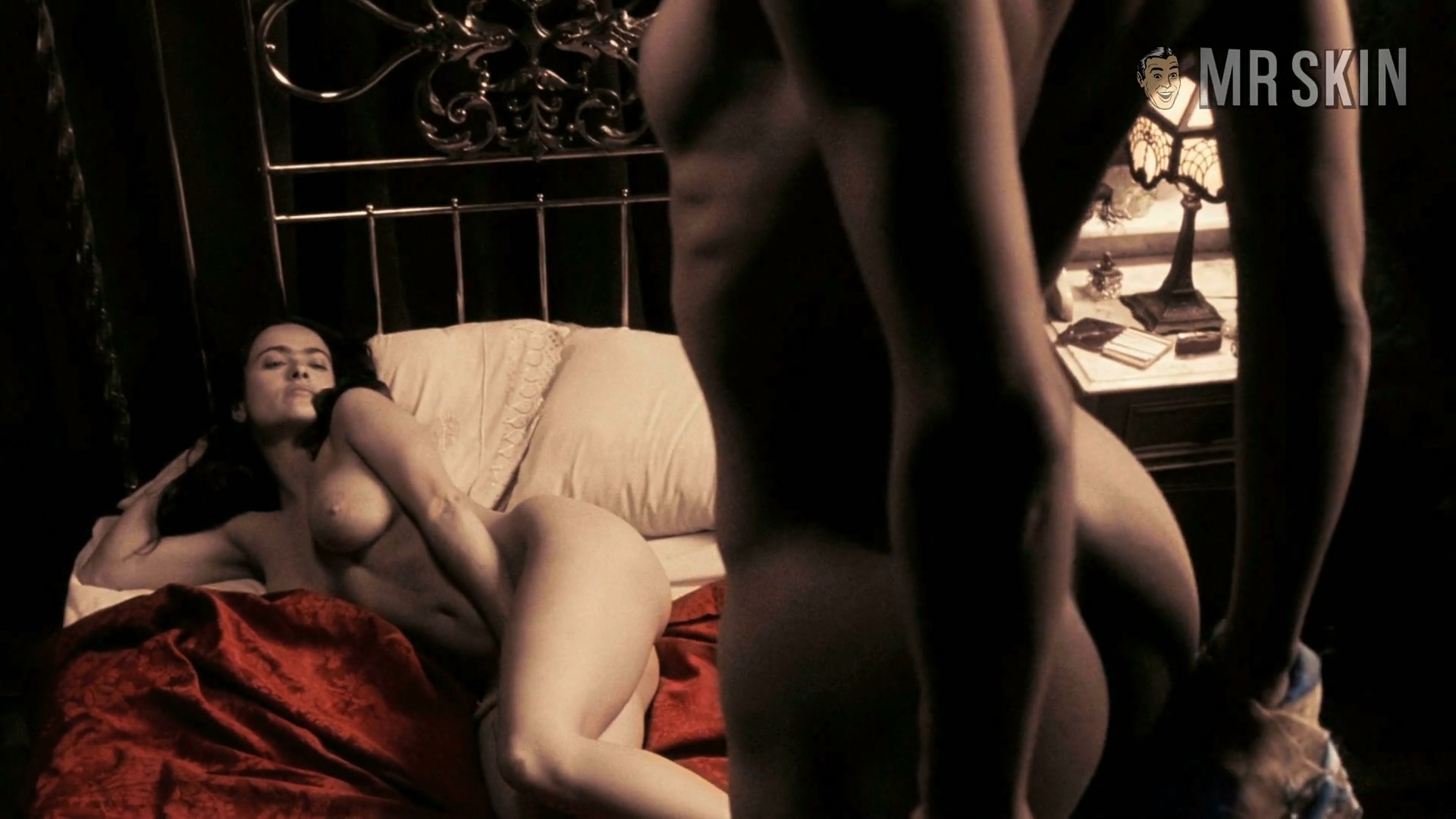 Hollywood up-and-comer Karine Plantadit-Bageot left her West African homeland at age fourteen to begin her career as a professional dancer. She made a name for herself on the stages of Broadway, having appeared in Disney's The Lion King and Saturday Night Fever. Her screen career began taking off in 2002 when she landed a small part in the mega-musical Chicago (2002) and a larger part as '20s French singing sensation Josephine Baker in the Salma Hayek vehicle Frida (2002). Karine had no problem getting into the part of the notoriously debauched star of yesteryear, baring her mulatto maracas in a hot lesbian love scene with another naked negress. Ooh-la-la!