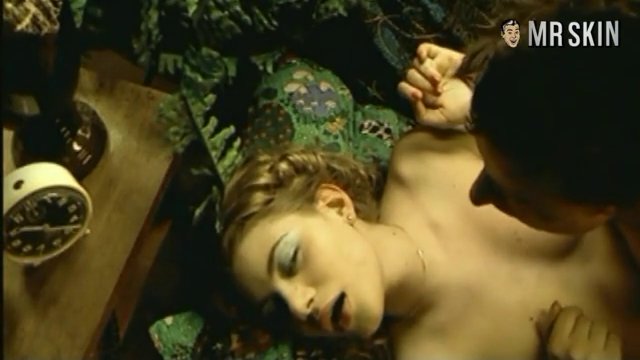 Jak to sie robi z dziewczynami (2003)
Nude, breasts, butt 00:32:00 Awesome udders and a hint of the short-hairs on the couch with her dude and in the shower. Full-bodied beauty at its most bodacious! Dig it!

Horny Polish schoolboys pull out all the stops to get local lovelies to go to bed with them in the salacious teen comedy Jak to sie robi z dziewczynami (2003). Described as an Eastern European version of American Pie (1999), Przemyslaw Angerman’s film carries the English-language title How To Do It with Girls, which succinctly encapsulates the dilemma of the film’s adolescent heroes. Throughout the course of their adventures, the two boys learn that there’s a difference between real life and the movies, and that women aren’t quite so eager to please total strangers as they pretend onscreen. Nevertheless the boys possess the requisite charm to convince Paulina Holtz, Aleksandra Kisio, and Elzbieta Komorowska into dropping their tops and then some.