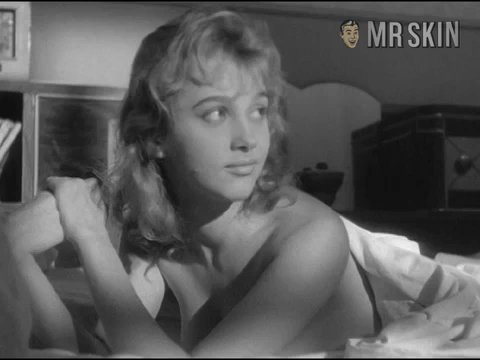 Though largely and unjustly unknown in the US, large-lunged French vision of femininity Isabelle Corey is an object of deserved veneration in her homeland. Isabelle’s impish and engaging face, with its constant half-smile of erotic sublimation and dark eyes twinkling a challenge to try to draw out that barely subdued desire, was augmented by a grand, womanly body. Isabelle boasted double helpings of curves where double helpings of curves did the most good. Corey’s ample blessedness was acknowledged with a role in ...And God Created Woman (1955). She’d displayed her credentials for being a divine inspiration in Bob le flambeur (1955), bobbling her double-beauties as she giggled and goofed in bed.