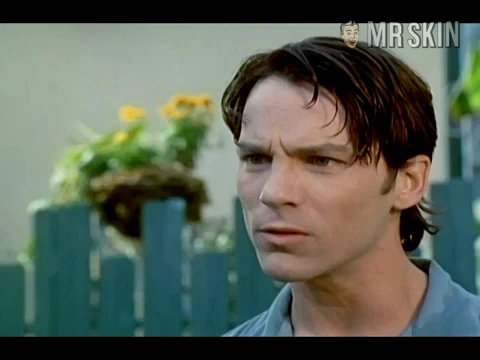 Inside Monkey Zetterland (1993)
Sexy, underwear Debi Mazar is skintastic in this sexy scene!

Steven Antin tackles the title role in the indie-comedy Inside Monkey Zetterland (1993). He plays an unemployed actor slaving over a screenplay while coping with a monstrously dysfunctional family. Among them are Katherine Helmond as Monkey's mother, his lesbian sister (Patricia Arquette) and her pregnant girlfriend (Sofia Coppola), and a hairdresser brother (Tate Donovan). Eventually Debi Mazar swipes Monkey's curtains and fashions a dress out of them. Better still, she later strips the dress off and drives away in her form-hugging black undergarments.