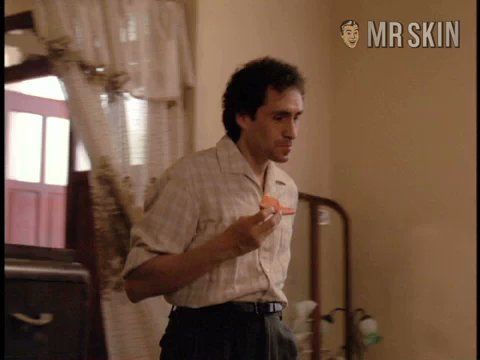 Based on the novel by Julia Álvarez of the same name, In the Time of the Butterflies (2001) is a story about the dictatorship of Rafael Trujillo in the Dominican Republic during the 1950s and 60s. The Mirabel sisters were revolutionary activists who acted as a constant thorn in the side of the dictatorship, and the lead sister Miranda, played by the salacious Salma Hayek, was the most outspoken of the troop. Their assassination acted as a last straw in the regime’s human right abuses, and it came tumbling down shorty after when the leader got assassinated himself a year later. This isn’t a movie to go see if you’re seeking out tons of nudity or hot content, but there is a scene of Salma milking a baby. Her left jug is pressed tight up against her bod, giving off some good cleavage. Salma’s always had a revolutionary rack.