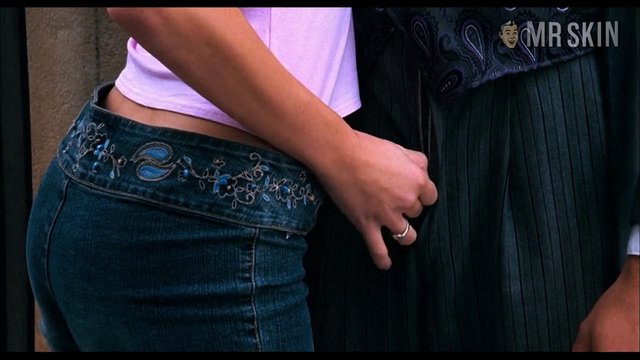 Did you know they brought back Dragnet? Gina Marie Heekin knows. That’s because the stunning brunette made her debut in an episode called “Daddy’s Girl,” playing the character Nina Stanton. She gave just the facts, but we wanted the flesh. Her career began to move in that direction with her second credit as a Female Partygoer #1 in Little Athens (2005), a comedy about twenty-somethings in Athens, Arizona. But it wasn’t until the horror flick 2001 Maniacs (2005), starring Robert Englund, that Gina Marie began to show some skin. She plays one of the victims of a southern town bent on revenge for the Civil War, and we get to see her tied up in short-shorts. We even get a bit of her ass-crack. We can’t wait to see what she does next.