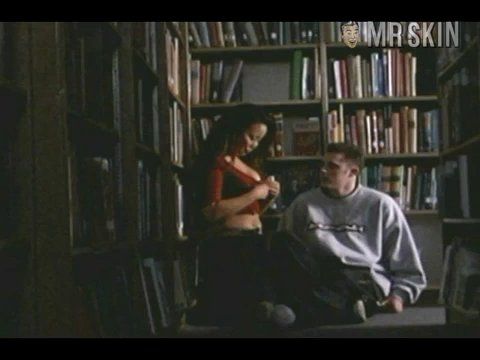 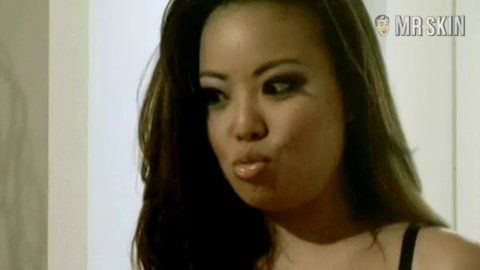 California native Gina Hiraizumi was named after Italian goddess Gina Lollobrigida. Talk about a good omen. Gina didn't disappoint the sexy potential of her namesake. While still in high school, she began shaking her big-breasted stuff as a dancer on Soul Train. She was the youngest Asian to ever bust out her booty on the show, and fans ate it up. Who wouldn't want a piece of her tight ass? After guest starring on the short-lived MTV series Spyder Games, Gina was tapped for the role of "Yasmina" on the NBC teen series City Guys in 1997. The boob tube has been very good to Gina, including a recurring role on the daytime soap Port Charles and a spot on the FX series Lucky in 2003. With her lungs, it was only a matter of time before Gina released an album of hip-hop dance tracks and sensual R&B. Her voice will have listeners releasing their own pop-off hits. She plans to tour Japan with Snoop Dogg, the lucky dog, and has her own clothing line called GG Star. But in our humble opinion, Gina looks much better without clothing. The closest she's come to letting fans peek at her precious peaks was in the movie Kingston High (2001), in which she showed some lucky fellow her boob tattoo while wearing only a bra that barely contained her ample meat. It's a fine start to a hopefully skinful career.