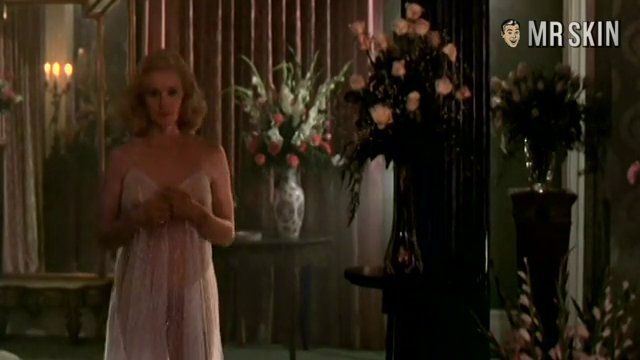 Old athletes don’t die; they just sell Astro-Turf and regale the drunks at sports bars. That’s the story of The Grey Ghost, a high-school football champ who becomes pro and then just a chump. Don’t feel too bad for the jock, as he won the high-school beauty queen for a wife, played by Jessica Lange. It’s enough to make you play with your own balls. Ghost’s cousin lusts for Jessica, who gets nude for the cousin but gives Ghost four kids. Guess when it comes time to huddle, she’d rather pull on the Ghost’s pigskin.