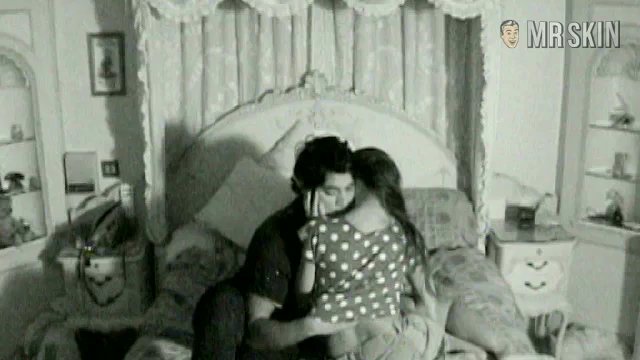 Flip a Coin (2004)
Nude, breasts 01:08:00 Catch just a hint of left side eggplantine when Eglantine slips under the covers.

French born Eglantine Rembauville, who now goes by her married name of Eglantine Rembauville-Nicolle, began her acting career at age nineteen in a 2002 episode of the French series Julie Lescaut. She has appeared in at least two big Hollywood films including the mega-hit The Da Vinci Code (2006) with Tom Hanks and Jane Eyre (2011) with Mia Wasikowska, and though she's starred in films with suggestive titles such as Scenes of a Sexual Nature (2006), she has only appeared partially nude in one film, 2004's Flip a Coin. Check out Eglantine as a guy strips off her shirt with her back to the camera, giving us just the briefest flash of side boob as she hops under the covers to continue her dalliance with the dude! It's a brief flash, but she seems to acting fairly regularly these days, so hopefully we'll get to see more of Eglantine's eggplants in the very near future!

1 Pic & 1 Clip
Nude, breasts 01:08:00 Catch just a hint of left side eggplantine when Eglantine slips under the covers.