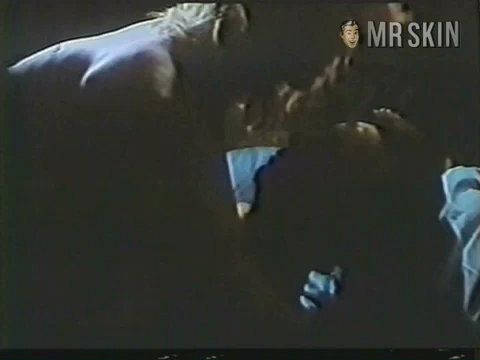 Daughter of Death (1983)
Nude, breasts, butt 00:36:00 Sybil's scrumptious sweater sacks and bouncing butt get some screen time as she hops on some guy's gonads. Great look!

Written and directed by Paul Nicholas, the man behind such skinstant classics as Boarding School (1978), Chained Heat (1983), and The Naked Cage (1986), the creepy thriller Daughter of Death (1983) stars Isabelle Mejias as Julie, a teenage girl obsessed with her father, Harold (Anthony Franciosa). Julie’s forbidden desire causes her to watch stoically when an intruder breaks in, has his way with and murders her own mother, eliminating her only rival for dad’s affection. After her mother’s death, Harold takes a new wife (Sybil Danning), awakening a violent rage inside Julie. Sybil shows sacks and seat getting it on with her hubby, and we get to see the side of Isabelle’s bells as she imagines getting boned by her daddy.