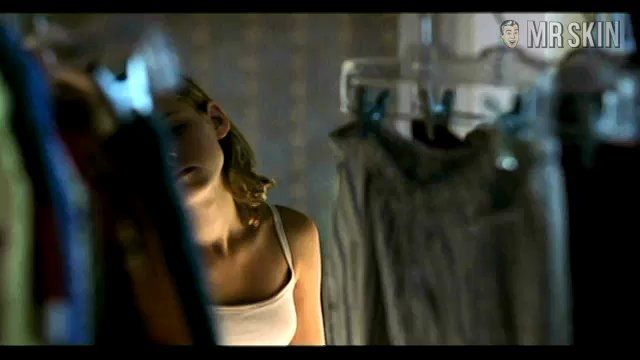 Naïve New Yorkers find that the idyllic-country-life dream is a bit harder to pull off than they assumed in Mike Figgis’s shrewd psychological thriller Cold Creek Manner (2003). Cooper (Dennis Quaid) and Leah (Sharon Stone) are wealthy urbanites who decide to buy a fixer upper upstate and take an early retirement. Unfortunately their new mansion is the former home of a spooky convicted felon who decides to throw a violent homecoming party. In order to ignore the things that go bump in the night, Cooper might want to think about concentrating his energies on his voluptuous wife. Stone ignores her basic instinct to strip but still manages to look stellar while strutting about the bedroom in her underwear.