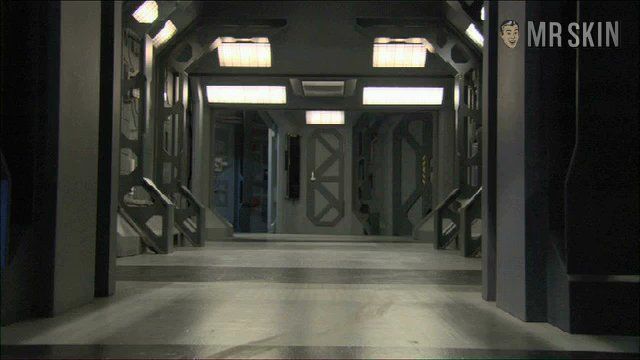 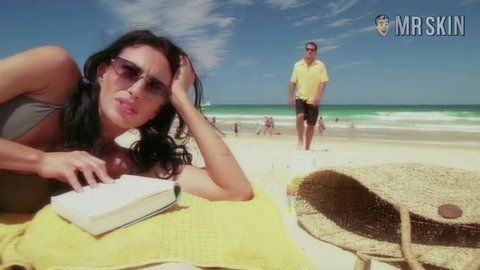 "October 11," Claudia Black replies curtly when questioned about when her birthday is, seemingly reluctant to reveal which year. Alas, there's no reason for her hesitation: This Aussie's heat is utterly timeless. Her first taste of acting was in the theater in her hometown of Sydney, and she ended up touring through Europe for some productions. In London, they recognized talent when they saw it and named Claudia as a finalist in the Globe Theatre Shakespeare Competition in 1990. Perhaps it wasn't just her talent, but her talents--that is, the pair of massive natural jugs that swing low like a sweet chariot from her chest, taking audiences to heaven. She returned to the land Down Under but never exposed her down unders, though she appeared on various TV series, which are known for being more skinful in the Outback then in our backyard. But when Claudia made it to our fair shores on the Sci-Fi Channel's hit series Farscape, her C-cups runneth over in out-of-this-world outfits that hardly contained her enormous boobs. Especially mamorable are the two mounds beneath her nearly see-through beach bikini in the episode "Crichton Kicks." After watching that, there's not a dry seat left in the house. If you are patient, tape Farscape and savor her hard nipples, cleavage, and even the rare nipple slipple! It's what remote controls are for.

A Country Practice - as Claire Bonacci

Hercules: The Legendary Journeys - as Cassandra