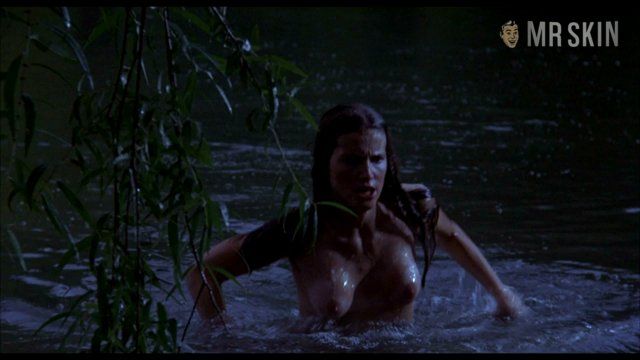 The Burning (1981)
Nude, breasts, butt, bush 00:47:27 You'll feel The Burning--down below, that is--when Carolyn hops out of the lake to fetch her clothing, completely naked and showing us everything. 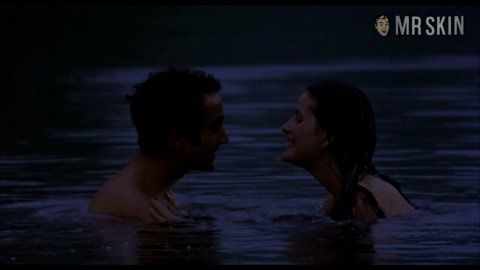 Carolyn, quite sadly, never quite found her way in the Skintertainment Industry. However, we took some serious notice when she made her big Silver Screen debut in 1981’s The Burning, which was more or less the exact same story as Friday the 13th excepting the accidental pyromania mentioned in the title. (Ever wonder where Wes Craven “came up” with the idea for A Nightmare on Elm Street? Homicidal, accidentally burned janitorial staff make up the backbone of this particular plot…) In any case, Carolyn (Along with an exceptionally young Jason Alexander) frolics through the summertime woods with interspersed skinny-dipping sequences as are requisite in every psycho-killer-on-the-loose-at-the-summer-camp-movie shortly before being killed. It’s not “challenging” or anything but whoa, is that full-frontal fluffy muff ever Skintertaining!Unfortunately, Carolyn only managed to appear in one other film, 1982’s A Little Sex (Which is a fairly descriptive title, although we think it should have been called One Sex Scene and Kate Capshaw’s Ass…) before calling it quits in the business. What a drag.

12 Pics & 2 Clips
Nude, breasts, butt, bush 00:47:27 You'll feel The Burning--down below, that is--when Carolyn hops out of the lake to fetch her clothing, completely naked and showing us everything.
Nude, breasts, butt, bush 00:45:59 Houlihan's houlihaunches and frontal fur is shown when she dips skinny in the lake with some dude.
Live Cams - View all