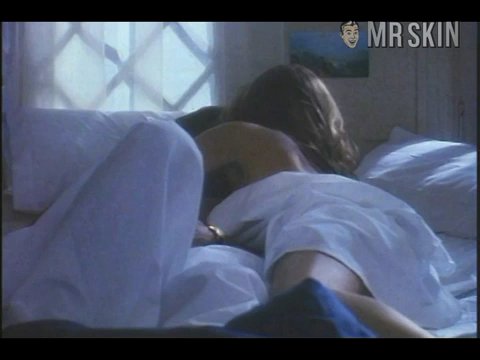 bedroom in bed skinvision side boob

The challenge of creating a sequel to a stand-alone classic film, such as the original Re-Animator (1985), is coming up with new grist for the recurring characters to gnaw on. Bride of Re-Animator (1990) for all intents and purposes is Re-Animator 2 and as such is all about delivering fresh meat. Whereas the original tale of ambulatory gore centered upon the successful efforts of a pair of adventurous medical interns to instill life into spare corpses lying around the hospital, Bride of employs the innovation of picking and choosing prime body parts and assembling them all into a cohesive, animated whole. Not everyone involved is pleased with the results.

Nude - as Gloria the Bride