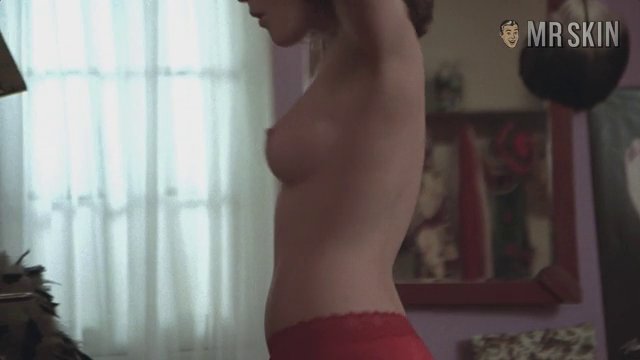 Bloody Birthday (1981)
Nude, breasts, butt 00:13:25 She is dancing in her bedroom while removing her clothes. Long topless shots then off come the panties. Buns only.

Did you know that babies born during a total eclipse will become pint-sized serial killers in just ten years? Even worse, the town of Meadowvale has three of those little monsters running around. The good news in Bloody Birthday (1981), though, is that Meadowvale also has plenty of sexy young teens who really like to get nude. They weren’t born during an eclipse or anything. Sexy young teens are just always like that in horror films.

Nude - as Girl in Van