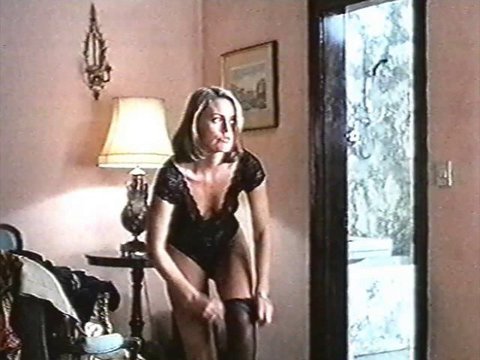 Blame It on the Bellboy (1992), a British farce set in Venice, features the hilarious antics of a bellboy whose precarious grip on the English language results in an unending reel of comic misadventures. The three men who are at the wrong end of the bellboy’s bumbling include a mob hit man, an assistant manager at a real-estate company, and a cheating husband. Some rather grim violence interrupts the funny stuff, but you can ignore that. There’s no nudity, dagnabit, but Patsy Kensit shows up in a hot lace number when she prepares to mercy fuck a fat older gentleman.