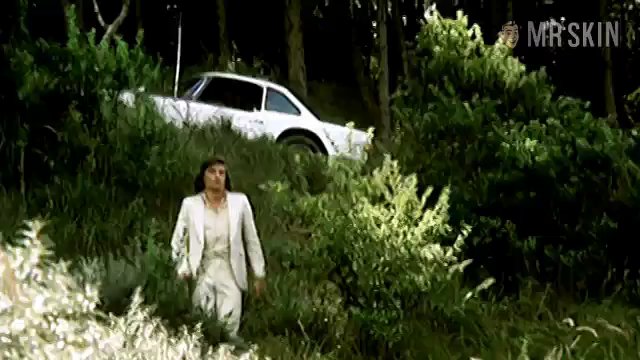 Because of the Cats (1973)
Nude, breasts 00:43:00 Some lucky dude happens upon Alexandra--and her shirt-free breasts--lying out in the sun topless.

Shockingly Stanley Kubrick’s A Clockwork Orange (1971) has nothing on Because of the Cats (1973), Fons Rademakers’s relentlessly disturbing vision of violence run amok. Made two years after the Anthony Burgess adaptation, Rademakers’s reimagining of Nicholas Freeling’s novel portrays a city where wealthy, nihilistic male teens band together to attack married women and make victimized husbands watch. Bryan Marshall plays the detective dispatched to put an end to the gruesome reign of terror. Certainly Rademakers’s film is upsetting, but if you can get past the rough stuff, there’re pleasant flashes aplenty from delectable screen starlets including Sylvia Kristel, Delia Lindsay, and Alexandra Stewart.