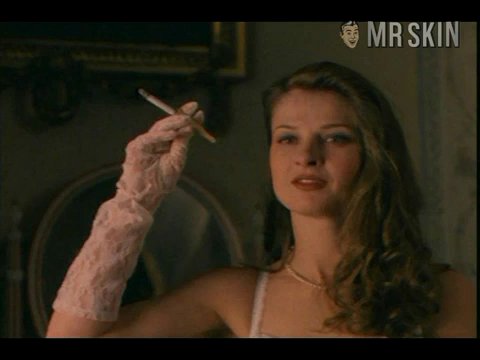 Here’s a Polish joke that’s not funny: Beata Pozniak. How are we going to Beata our meata to this brunette beauty if she doesn’t get naked? She’s probably best known for her role as Marian Oswald in Oliver Stone’s conspiracy drama JFK (1991). It’s no secret that she’s got a great body. Beata, known for her athletic figure, was chosen as a calendar girl for the Polish National Soccer team. They play baseball. That’s a joke. But seeing Beata in a slip that she doesn’t slip off in Heaven’s Tears (1994), that’s not funny.