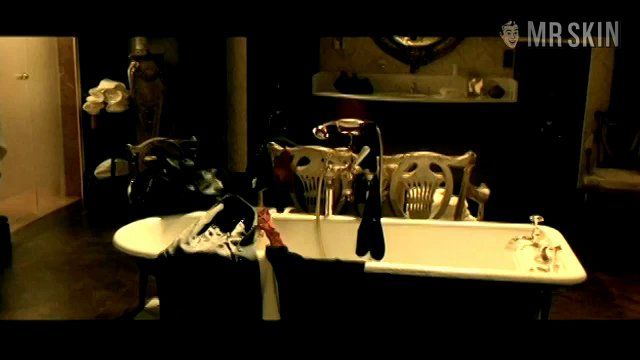 shower walked in on steamy startled washing self

Bad Company (2002) is good company if you like an action movie. It stars Chris Rock as a Harvard-educated CIA agent killed during an operation, but don’t worry, the agency recruits his twin brother to take his place. So, we hope you like your action served up with a good portion of comedy. We do. And Rock, as always, delivers. So we got laughs, we got fighting, we got suspense, but the most important thing we want we don’t have. What’s that? Nudity. Sure, there’s some skimpy lingerie, and we’re not complaining, but that’s like being served an appetizer without getting the meal. Garcelle Beauvais comes close to giving us the meat we salivate for, but it’s obscured behind the frosted glass of her shower.